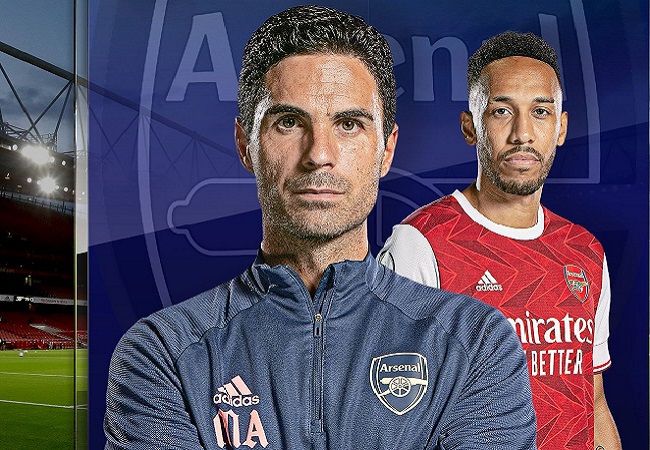 Pierre Aubameyang netted just 10 goals from 29 matches in the English Premier League last season. A performance that is poor for a striker of his quality.

And Manchester United legend Rio Ferdinand feels Arsenal’s style of play is not helping the marksman. The 32-year-old hitman who hit the back of the net 22 times in the league in his first two full seasons with the Gunners.

“I love Aubameyang. I think he’s a wicked finisher.” Ferdinand told Vibe with FIVE podcast on YouTube as quoted by Football London.

“But I don’t think they’re playing to his strengths. They need to get the ball forward quicker if they can get it forward quickly and running through teams, and in full flow, he’s as good as most.”

Aubameyang has netted once in four league games this season. But he grabbed a hat-trick in the team’s 6-1 in over West Bromwich Albion in the Carabao Cup clash last month.

“When he’s smiling and he’s on form, he makes Arsenal a considerably better team. They have no one else who is finishing chances like him.” Ferdinand added.

Aubameyang, who helped Arsenal win the FA Cup two seasons ago, finished as the Premier League’s joint-top goalscorer in the 2018–19 season.

He has netted 89 goals in 153 competitive matches for Arsenal since he joined the club from German giants Borussia Dortmund in January 2018.