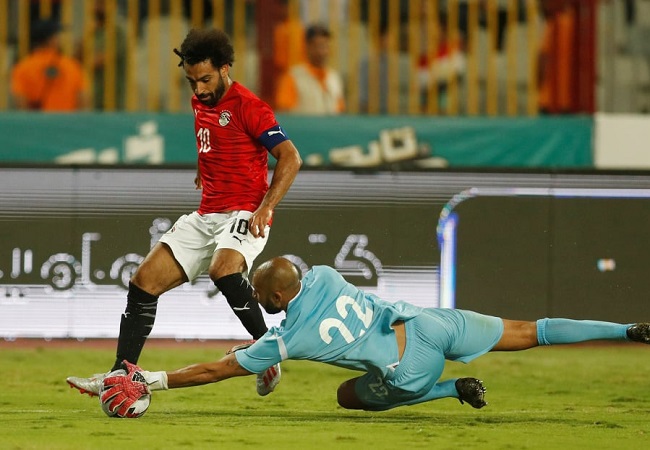 Traditionally, the most senior player used to be named as Egypt’s skipper. But El-Badry heeded calls by pundits and many fans to hand the armband to Mohamed Salah earlier this year.

The 29-year-old wore the armband for the first time in a competitive game when Egypt crushed Comoros 4-0 in an African Cup of Nations qualifier in March before El-Badry named him as the permanent first-choice skipper less than a month later.

“Every coach has his own way of selecting the team’s captain. I see Mohamed Salah as the captain. This is my decision because he greatly fits that role.” Queiroz told reporters.

Egypt kicked off their training camp for a crunch double-header against Libya on Tuesday, with the Portuguese coach looking to make an instant impact after replacing El-Badry early this month.

El-Badry was dismissed following Egypt’s disappointing 1-1 draw away to Gabon in their second World Cup qualifying game. A result that left the team with four points from two matches in Group F, two behind surprise package Libya.

Egypt host Libya in Alexandria on 8 October before facing their North African neighbors away from home three days later. The two games could be vital to the Pharaohs’ chances of reaching the World Cup for a second consecutive time.

“Egypt have a big history. But history on its own is not enough. We have to build a strong team.” Former Real Madrid and Portugal boss Queiroz added.

“We are in a big race. And we should get the maximum six points against Libya.

“I worked with big teams in previous World Cup qualifying edition. And all players naturally want to prove their worth. I want the players to be aware that when they put on the national team’s shirt, they represent all Egyptians.” Reminded the newly appointed coach.

Egypt meet Liberia on Thursday in their only friendly before their double-header against Libya. The team will miss their foreign-based players, including Salah. Because the match does not fall in FIFA’s international calendar.