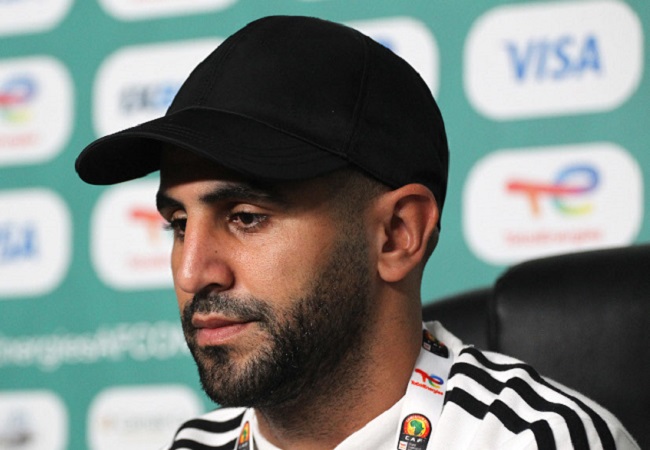 Under pressure Algeria are well aware that only a victory will ensure their progress at the Africa Cup of Nations (AFCON). And the Fennecs want to do the talking on the field, captain Riyad Mahrez said on Wednesday.

The defending champions suffered a humiliating defeat at the hands of tiny Equatorial Guinea on Sunday. And they must now beat Ivory Coast in Douala in their last Group E match on Thursday to stand any chance of advancing to the last 16.

The defending AFCON champions arrive at the point of no return on January 20 in a match they must win or surrender the trophy and exit the 2021 tournament.

Winless Algeria’s AFCON stay became precarious on January 16 when Equatorial Guinea beat them 1-0 to end their coveted 35-match unbeaten run dating back to 2018.

That came from another disappointing performance, at the start of the 24-team tournament in Cameroon, when they were held by lowly-ranked Sierra Leone, making their return for the first time since the 1996 finals.

“The message is simple: we have to win. We lacked efficiency and we must be more spontaneous in our attacking.” Mahrez said at Wednesday’s pre-match briefing.

“When your back is against the wall, you shouldn’t talk too much. Everyone knows what they have to do.”

“It will be an open game with two teams wanting to win, hoping we win.”

Algeria could follow the way of fellow heavyweight contenders Ghana, who were knocked out on Tuesday in another shock result as they went down to the Comoros Islands. But coach Djamel Belmadi said he was confident of a positive response from his team.

“We absolutely have to win if we want to continue. It’s a big challenge. But we have the ability to respond.” He added.

Algeria have only beaten the Ivorians twice in eight previous meetings at the finals. But they got past them on penalties at the last edition in Egypt in 2019, before going onto take the trophy.