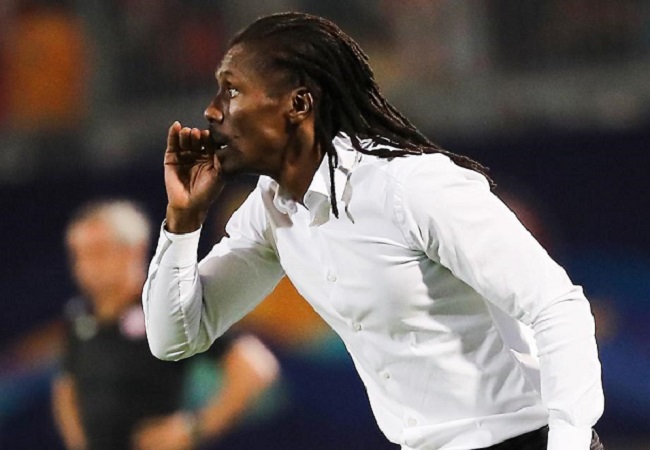 The Teranga Lions of Senegal have safely progressed into the Round of 16 by topping Group B ahead of Guinea, Malawi and Zimbabwe. However, coach Aliou Cisse has admitted a concern over his team’s lack of goals at the ongoing Africa Cup of Nations (AFCON).

Also Read : AFCON 2021 : CHECK OUT THE FULL ROUND OF 16 FIXTURES AND SCHEDULE

Senegal’s defence has been imperious – keeping three straight clean sheets at the tournament in Cameroon. But at the other end of the field they have managed to score just once, and even that was a penalty, scored by Sadio Mane deep in injury time against Zimbabwe.

“I want to congratulate the players on the qualifications on the second round of matches.” Said Cisse after a goalless stalemate with Malawi.

“We got a good challenge from Malawi. But I am happy we came back strongly in the second round but failed to utilise our chances.

“We have lacked efficiency at the front. But we want to ensure we have a different strategy going into the next round of matches as we hope for more goals.

“I said from the word go that we should be humble as a team. And even though many people expect us to win by big margins we have played formidable teams. And the most important fact is that we have qualified as the top team in the group.” Added the coach.

Senegal, who were runners-up at the last AFCON in Egypt in 2019, are chasing their first continental crown. Senegal will meet Cape Verde for the last 16 on Tuesday, 25th January.