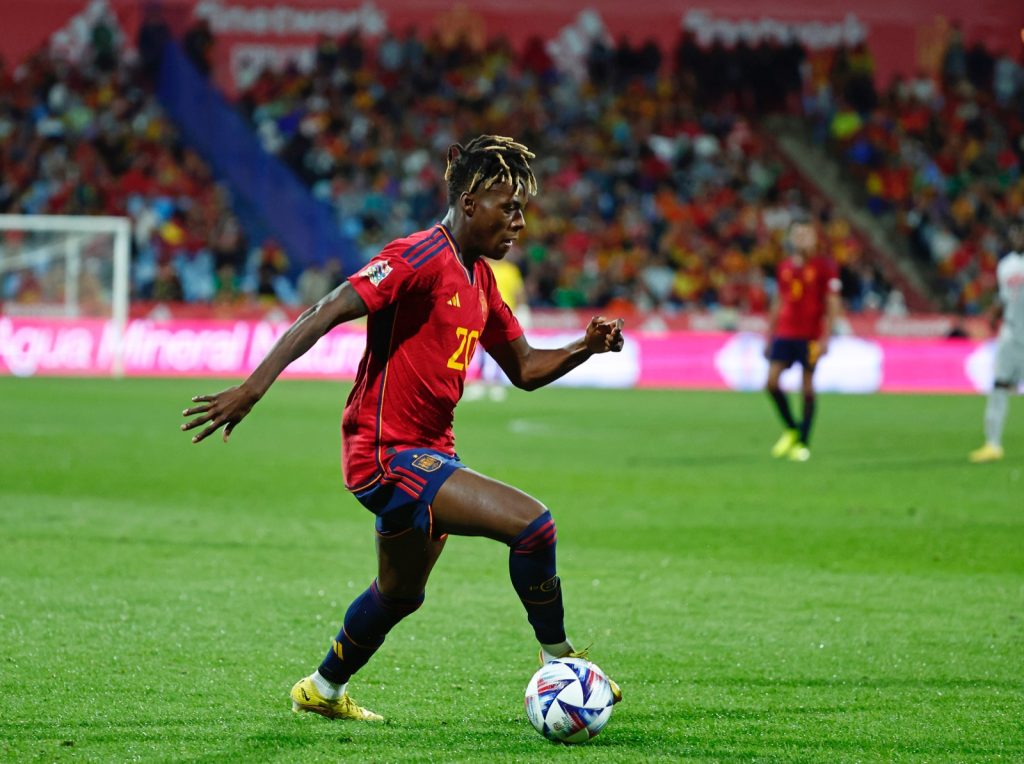 The younger brother of Ghana’s Inaki Williams, Nico Williams, has participated in his debut game for Spain.

The youthful forward appeared in the second half of the 2010 World Cup winners’ Saturday UEFA Nations League loss to Switzerland.

The away team unexpectedly took the lead in the 21st minute thanks to Manuel Akanji. In the 55th minute, Barcelona’s Jordi Alba restored parity, but three minutes later, Breel Embolo of Switzerland scored once more.

Nico debuted five minutes after Embolo’s goal. Pablo Sarabia was succeeded by The Athletic Club. Nico was happy to have lasted more than 30 minutes.

Inaki Williams made his Ghanaian debut on Friday when they lost to Brazil 3-0.

Nico Williams was sought after by the Ghana Football Association after Inaki Williams was acquired, but the kid ultimately decided to play for Spain.

He is adamant on making the Spain team for the next Qatar World Cup.