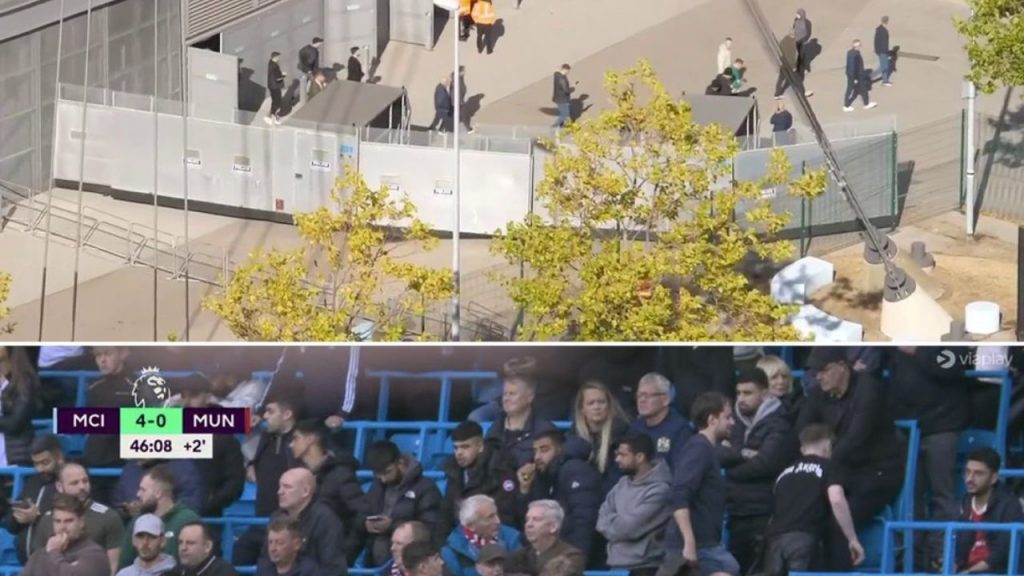 Manchester United fans started leaving the Etihad Stadium as Manchester City run the first half of the Manchester derby scoring four goals before the break.

Many fans left the stadium even before Mr Michael Oliver whistled the end of the first half as Phil Foden and Erling Haaland scored a brace each.

Read more : He is finished – Fans react to Cristiano Ronaldo being benched for the Manchester derby