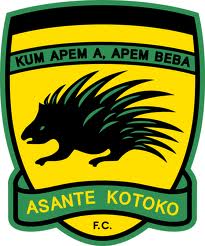 The  Kotoko 1983 African Cup winning squad plan to assist in boosting the morale of the current crop of players for action against Sony Eguema on Sunday..

Led by their unofficial leader and spokesman, Lord Zico Opoku Nti, the group consisting Abdul Karim Zito, George Kennedy, Joe Carr, Rev. Kwadwo Addai Kyenkyehene, Francis Agyemang and many others will this evening spend time with the players in camp.

We want every member of the Kotoko family to get involved in our Africa campaign. The 1983 squad has a good story to tell and management believes it is important to create a forum for them to meet the current players and tell their stories.

Secondly, most of the players have heard the names and exploits of some of the stars but may not have met them in person. Meeting some of them at the interaction will do most of the new generation a lot of good, 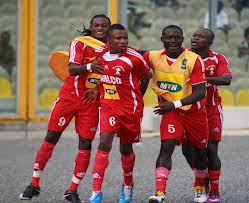 In a related development, Saturday will be the turn of another group of Kotoko greats; Senior Coach Ibrahim Sunday, Current Black Stars Coach Kwasi Appiah and former goal poacher, management member and Team Manager, Opoku Afriyie to fraternize with the players in camp.

“They will also share their experiences with the players and also inspire them to walk onto the pitch the next day to do honour for the club,” Ben Nti added.

Members of the squad took turns to encourage the team ahead of Sunday’s game against, Sony Ela Nguema of Equatorial Guinea here at the Baba Yara Stadium. Rates include, VIP-Gh20, Centre-Line-Gh6 and Popular Stands-Gh4. Kick-off is 3pm. Gates open at 10am.