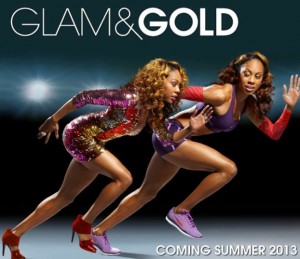 She recently garnered two Gold Medals from the London 2012 Olympics in Track and Field, and Aaron has just signed a $15 million contract as Cornerback for the Jacksonville Jaguars.

Sanya and Aaron, who met while in college at University of Texas, are as competitive as they are madly in love.