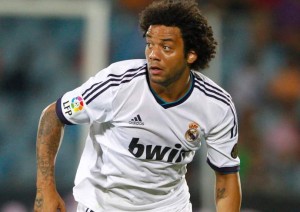 Injured last Saturday during the friendly match between Brazil and Australia (6-0), Marcelo will miss the next three games of his club Real Madrid.

Madrid’s left side, replaced at half-time of the Brazilian demonstration is suffering from a hamstring torn in his left leg.

Marcelo will be absent from la liga games of Real Madrid against Villarreal and Getafe. He will not also take part in the movement to Turkey for the first out of the Casa Blanca in the Uefa Champions League against Galatasaray (September 17).