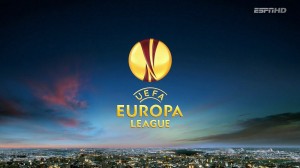 Large program on Thursday as part of the knockout stage of the Europa League. Some posters are worth noting. And African international will be followed very closely.

Starting with Swansea – Naples which is one of the posters for this round. The opportunity probably for the Ivorian Wilfried Bony to add another goal to his total since the start of the competition.

Dieumerci Mbokani will also be watched in the match Dynamo Kiev – Valencia shifted to Cyprus due to socio -political instability in the Ukrainian capital. In addition to the Congolese, Moroccan Younes Belhanda and Nigerians Ideye Brown and Lukman Haruna, not to mention the Algerian Sofiane Feghouli and Malian Seydou Keita at the Spanish side.

Now orphan of their Egyptian leader Mohamed Salah, FC Basel can count on Ivorians Serey Die and Giovanni Sio to defeat Maccabi Tel Aviv. Didier Zokora and Trabzonspor have much to do prove facing Juventus of Kwadwo Asamoah.

Note that Tottenham will be without striker Emmanuel Adebayor against  Dnipro in Ukraine.