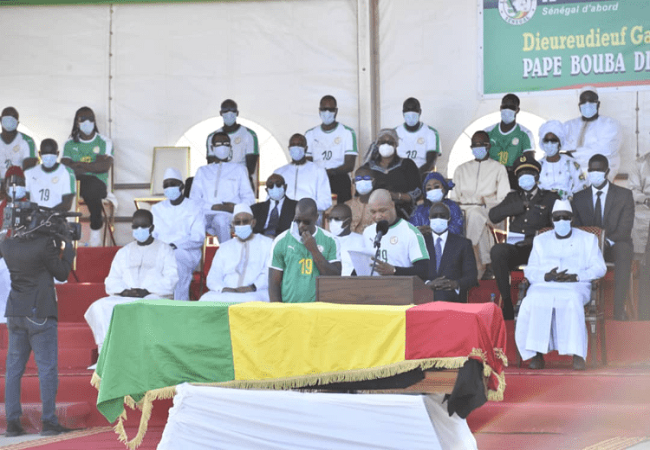 Currently under construction, the National Football Museum of Stade du Senegal will bear the name of Pape Bouba Diop. He who died on Sunday in France at 42 years old.

Senegalese President Macky Sall released the information on Friday during the tribute to the deceased in Dakar.

“To honour your memory, I have decided to raise you posthumously to the rank of Officer of the National Order of Leo. I will also attribute your name to the football museum that will be built at the Stade du Sénégal in Diamniadio.” Said the Senegalese head of state.

The whole Senegal, fully mobilized this Friday, paid a last tribute to Pape Bouba Diop. He who died on 29th November 2020. President of the Republic, compatriots, relatives, family but especially former partners of the epic of Senegal national team in 2002 attended the ceremony