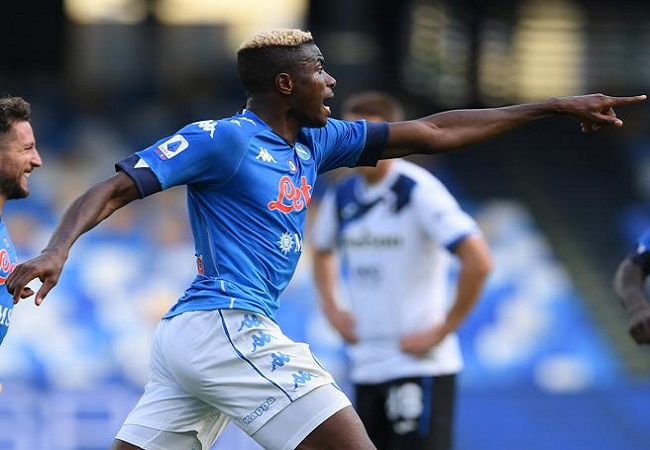 Former FC Rieti sporting director Malù Mpasinkatu is impressed by the qualities of Nigerian international striker Victor Osimhen. And he has declared that many will see the best of the Napoli lad in the coming 2021-22 Serie A season.

The Democratic Republic of Congo-born Mpasinkatu also revealed that one of Gennaro Gattuso’s regrets was not having Osimhen available during the crucial months of last season.

Osimhen was unavailable for selection between December and January due to a shoulder injury sustained while on international duty and coronavirus-related matters.

The former Napoli boss was sacked in late May after his side finished fifth in Serie A. Which means they failed to qualify for the UEFA Champions League.

Mpasinkatu, who became the first African sports director in Italy when appointed by Football Club Rieti 1936 in 2018, believes Napoli would have beaten Juventus to fourth place if Gattuso had had Osimhen throughout the season.

“It will be his (Osimhen’s) season.” Mpasinkatu told Radio Kiss Kiss as per Area Napoli.

“One of Gennaro Gattuso’s greatest regrets is not having had him for several months.

“With the Nigerian striker, the Neapolitans would almost certainly have reached the next edition of the Champions League.” Declared the sporting director.

Osimhen is already blossoming under the tutelage of new Napoli boss Luciano Spalletti. The Super Eagles striker has scored seven goals in three pre-season games for I Partenopei. And he impressed as the Blues edged Ascoli 2-1 on Sunday.