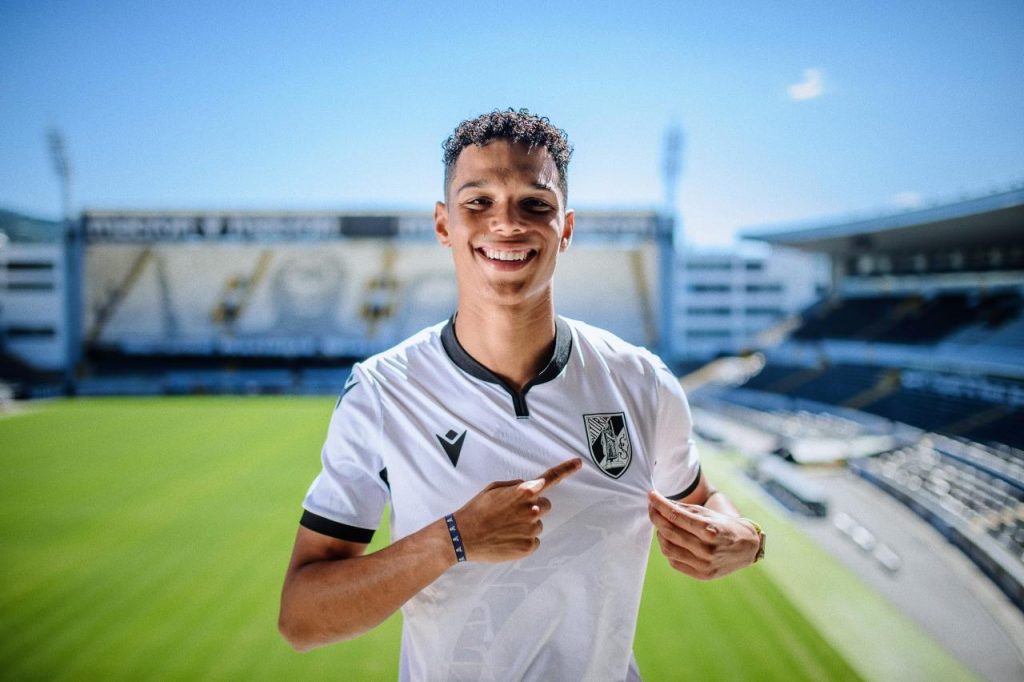 Etienne Eto’o who is the son of Cameroon, FC Barcelona and Inter Milan legend Samuel Eto’o has signed a contract with ¨Portuguese outfit Vitoria Guimarães.

The 19-year old has been given a trial with Vitoria weeks ago. And he convinced the officials who decided to hand him un undisclosed contract with the U-23 side.

“Vitória Sport Clube announces the signing of Etienne Eto’o, 19, who has joined the Victorian Under-23 team, coached by Luiz Felipe”, the club wrote on their official website.

Etienne Eto’o has been instrumental with Cameroon U-20 team when they was in Mauritania earlier this year for the AFCON U-20.

He scored a brace including a sensational free-kick against Mozambique on matchday 3 of the group stages to popularise his name around the world.

However, young Indomitable Lions were beaten on penalties by Ghana (1-1, 2-4) in quarterfinals.

In addition, Eto’o has had stints with Mallorca, Baléares and Oviedo in the past.