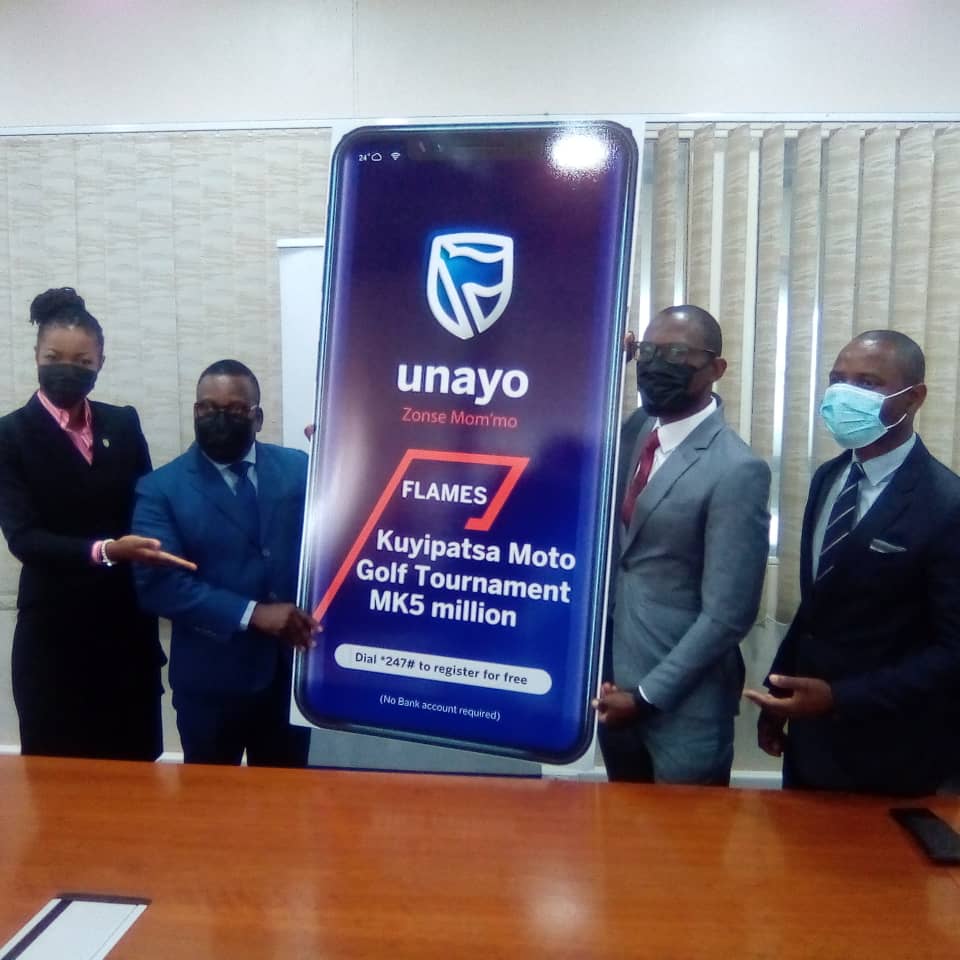 Kuipatsa Moto Flames is Football Association of Malawi (FAM) fundraising drive to help the team prepare and participate at the AFCON finals next year in Cameroon.

Speaking during the cheque handover ceremony, the bank’s Head, Platform Business, Effie Malange, said their gesture resonates with the spirit of possibilities displayed by Flames’ achievements in recent months.

“Our contribution towards Kuipatsa Moto Flames fundraising initiative is our way of appreciating the achievements of Flames, a sporting brand that is bringing national pride to all Malawians both home and abroad. Standard Bank is equally proud to be part of the ‘Kuipatsa Moto Flames’ fundraising because as a brand we believe in making things possible,” Malange said.

In his remarks, committee member of the Flames Afcon Resource Mobilization Committee, Thoko Chimbali, hailed the bank for the contribution.

“We receive this contribution with gratitude. Standard Bank has been associated with football for a long time as such we were very confident that you would respond favourably. Our promise to you is that Flames will go to Cameroon not just to participate but to compete and bring back good results,” Chimbali said.

Years back, the bank used to sponsor a national trophy, Standard Bank Cup which pundits say had a positive impact on the improvement of the game in the Southern African country.

Standard Bank is sponsoring the golf event under the banner of Unayo, a services platform that connects businesses, customers and communities and provides a single hub for economic activity.

It facilitates ease of transacting when paying for goods and services, money transfers and disbursements.