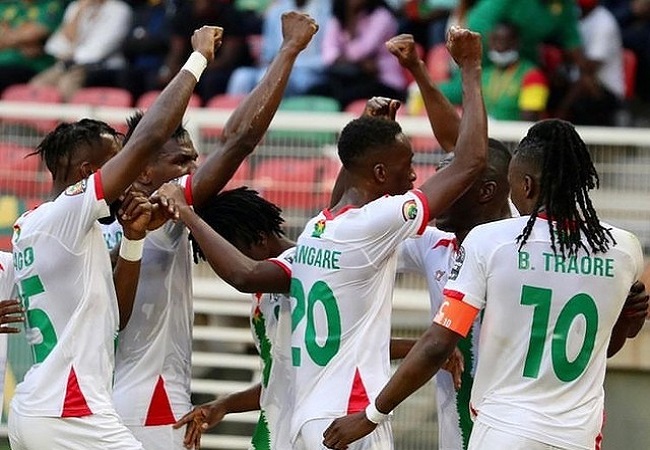 Cape Verde and Burkina Faso will meet this evening Olembe Stadium to kick off at 19:00 GMT for 2022 Africa Cup of Nations (AFCON) group A gameday 2. And it will be the first time the two nations in the championship.

Also Read : VINCENT ABOUBAKAR AND TOKO EKAMBI MADE OF CAMEROON FIRST QUALIFIED FOR ROUND OF 16

A meeting already capital for the Burkina Faso’s Stallions after their opening defeat against Cameroon, the host country.

Indeed, Gustavo Sangaré’s teammates will play all their cards against the Cape Verdeans to relaunch in the competition and hope for a place in the next round.

For the Burkina Faso coach, Kamou Malo, who returns to the team after a few days of absence due to COVID-19, the match against Cape Verde will be decisive.

“We have recovered several players for our meeting on Thursday. We will play with all our strength to win this match and go as far as possible.” Said Burkina Faso coach.

For their third appearnce in AFCON, Cape Verde want to do better than in 2013 when the Blue Sharks reached the quarter-finals. The Cape Verdeans who had a good start in Cameroon last Sunday with a “short” 1-0 victory against Ethiopia, hope to repeat their performance tomorrow against Burkina Faso, even if their mission will not be easy, said assistant coach Humberto Bettencourt.

“We have some absentees, of course. But we have made a good preparation for this match against Burkina Faso. And we will play a different game than the first match to try to win the three points and thus secure a place in the next round of competition.” Said the Cape Verdean technician.

After their 1-0 victory in their first match, Cape Verde can remain undefeated in their first 2 matches in the TotalEnergies Africa Cup of Nations, having also done so in their 2 previous appearances (2 draws in 2013 and 2015).