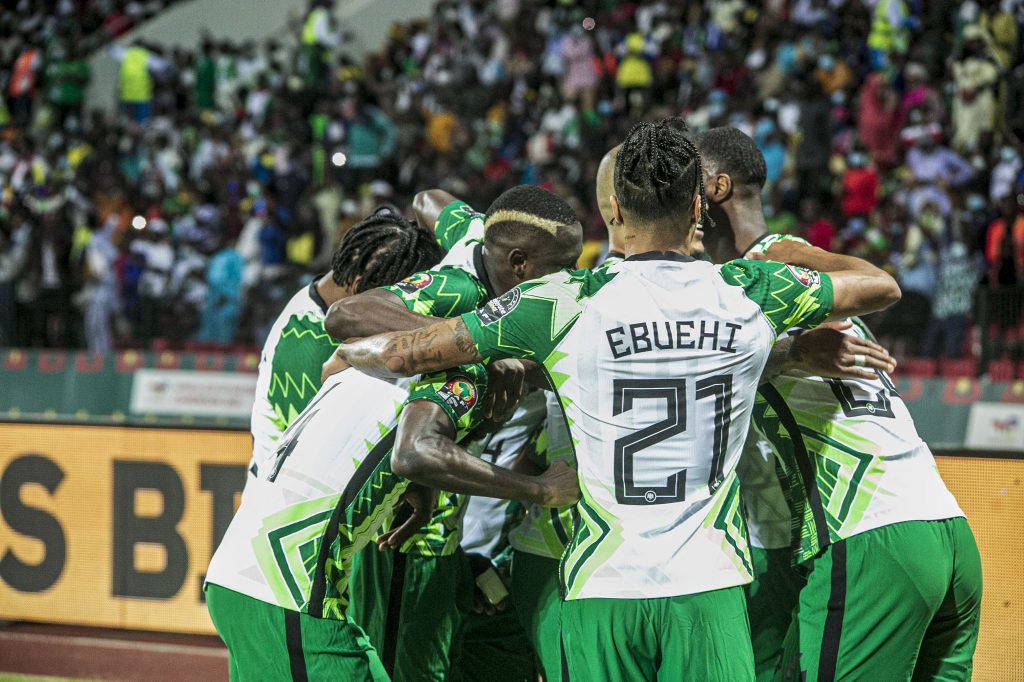 The Super Eagles defeated Guinea-Bissau 2-0 in their last Group D game and finished at top of the group scoring six goals and committing just one.

Austin Eguavoen made eight changes to the squad that defeated Egypt and Sudan in the previous group games.

He played Kelechi Iheanacho as a supportive midfielder while Umar Sadiq was allowed to lead the attack with Alex Iwobi and Chidera Ejuke operating from the flanks.

Nigeria dominated the game pushing their opponent, Guinea-Bissau to their very own goal.

The first chance of the game fell on the Super Eagles when Semi Ajayi could not deal appropriately with a curled free-kick from Nwakali.

Also, Sadiq missed a clear-cut chance after he was played through by Iheanacho but failed to get the ball inside the net.

The first half ended goallessly but with Super Eagles dominated the game.

Sadiq finally broke the deadlock in the 56th minute as he was played through by Iheanacho.

Immediately after the goal, he came out for Slavia Prague forward Peter Olayinka while Moses Simon joined the fray also.

Simon produced a stunning solo effort before be fired a shot which most hit the woodwork but bounced in the front of William Troost-Ekong who easily taped in the ball.

It took several minute before the goal was finally awarded after the referee had to clarified from the VAR.