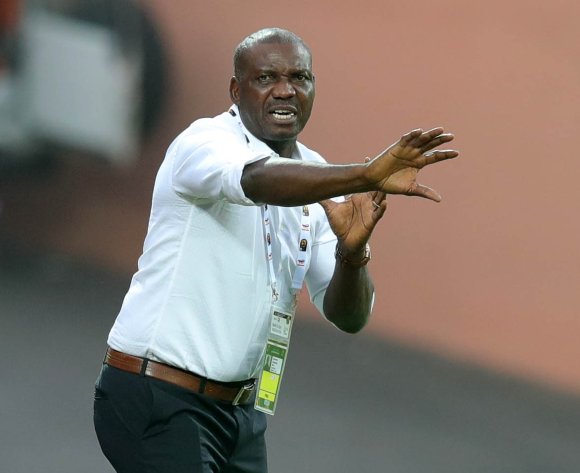 Super Eagles interim coach Augustine Eguavoen has assured that the team will find a way to see how to counter their opponent Tunisia when both sides clash in the Round of 16 of the Africa Cup of Nations.

The Carthage Eagles of Tunisia reached the Round of 16 of the AFCON despite losing their last group game to The Gambia on Thursday but qualified as one of the best losers.

While the Super Eagles finished as leader of Group D.

Eguavoen in a short interview on NFF TV said it will be a different ball game against the North African side.

“Congratulations to our team now it’s clear we are playing against Tunisia which is another North African strong team.

“We will continue to work hard as we’ve always done, the same approach same determination tactics might differ a little bit so we are ready.

“Yesterday (Thursday) we did a little bit of recovery training so today we will start on how to approach Tunisia.

“They (Tunisia) had ups and downs in their first game which ended in dramatic fashion, they’ve lost two penalties, lost two games as well in open play, yesterday they lost narrowly towards the end of the game.

“For them having qualified for the knockout stage its going to be a different ball game because round of 16 if you don’t get it you are off and if you get it you are through to the quarter-finals.

“It’s going to be a very different game because they are technically very good and they are fast as well, typical North African team. So we will find a way to see how to counter them and come top at the end of the day.”

The last time both team met was at the 2019 AFCON in Egypt where the Super Eagles defeated the Carthage Eagles to clinch the bronze medal courtesy of a 3rd minute goal scored by Odion Ighalo.