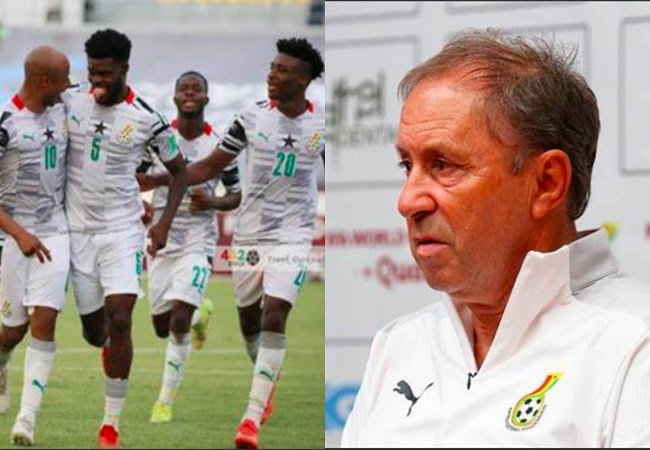 It’s reportedly said that further to the emergency meeting between Ghana Ministry of Youth and Sports and Ghana Football Association (GFA) on Friday where GFA was directed to reconstitute the Management Committee of the Ghana Black Stars, Black Stars head coach, Milovan Rajevac has been removed from post this Saturday.

The decision is the direct reply after supervising Ghana’s woeful performance in the ongoing AFCON in Cameroon.

The Serbian will be paid 3 months salary in lieu, but he rejects.

At the meeting, they reviewed the Black Stars’ performance at the AFCON 2022 and discussed preparations for the 2022 World Cup playoffs.

GFA is yet to appoint caretaker coach for the World Cup qualifying playoff.

Social media platform, Twitter, has been chirping intensely since the news broke.

Some users are pleased by the news and have commended the Ghana Football Association for its decision.

Others have however urged that such exercise be carried out at the grass root to nip the issue of “Black Stars’ ill-performance.”

Some reactions as following.