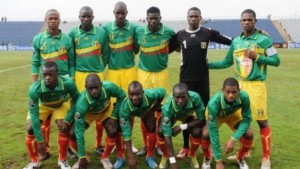 In his interview granted to the  site of the Confederation of African Football (CAF), the coach of the Malian Juniors,  Moussa Keita did not hesitate to convey his stronghold aim to the competition “Why not the title! When participating in such an event, we must think big and do not be ashamed to display the color entirely. Others are thinking but would rather not say. “

Before joining Oran (base camp of group B) for the final stage of the 2013 edition of the Afcon Junior, the Malian selection stayed ten days in Morocco to be at the height of its ambition “Mali has done well in recent years and has scored points even though it did not win the crown. A day will come (…) we are here to win the Orange Afcon U-20; this is the goal we set ourselves. We are ready to fight; “says Keita which an optimistic stand ” We are ready for a formidable tournament. We fear Nigeria as well as the other two teams less talked about, Gabon and Congo. “

The title race for the Aiglons Juniors starts tonight against Nigeria, the current holder of the title from 16h 30, TU in Oran.