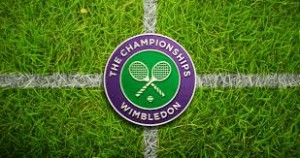 The first day of the second round of Wimbledon is marked by a massacre of packages. After paying the scalp of Rafael Nadal in the first round, the Belgian Steve Darcis, the world 135th, draw a line on the competition because of an injury at his right shoulder. A package that allows lukasz Kubot to qualify for the third round.

Also Flavia Pennetta qualified for the third round without playing in the women’s draw. The Italian benefits from the package of the World No. 2 Victoria Azarenka. The Belarusian has not recovered from his knee injury during his opening match.

In the series of abandonments, the London grass did not smile at Jon Isner. The American throws the racket after two games in the first set of his match against the French Adrian Mannarino (1-1). Also the elimination of Radek Stepanek against Jerzy Janowiz. The Czech was led 6/2, 5-3.