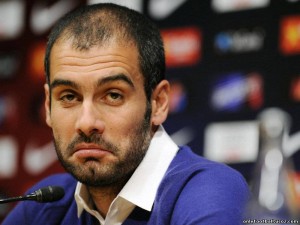 The collaboration Neymar-Messi never ceases to supply the pre-season of FC Barcelona. The latest info about it concerns Pep Guardiola.

Bayern Munich coach, Pep Guardiola does not believe in a perfect agreement between the player who spent most time on the field last season and the Argentinian.

According to Radio Globo, before the best player of the Confederations Cup will sign in Barca (57 million plus bonus), Guardiola had met his father to convince him to join Bayern. What could be more normal!

But the former Barcelona coach would have doubted the ability of his former assistant on the Blaugrana bench to make succeed the duo Neymar-Messi. According to this source, Pep would have said that Tito Vilanova, current coach of Barca cannot actually make play together Messi and Neymar.

A vision joining that of Cruyff, a former coach of the club. Dani Alves teammate of the two geniuses of football do not share this assertion.