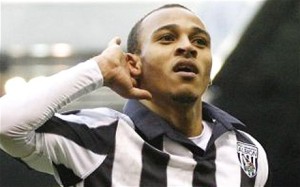 Peter Odemwingie knows. He is undesirable at the side of the Baggies. West Bromwich Albion has made it clear that they no longer wanted the Nigerian. A disagreements dating back to last season where the player has proclaimed his desires elsewhere loudly. On the market, Odemwingie has no shortage of suitors.

Cardiff has already expressed its interest in the player and has also made an offer of 2.5 million to WBA. Meanwhile, Stoke City still looking for a striker has not forgotten the former Lille player. Swansea also follows the situation closely.

But WBA does not intend to sell off its former scorer.