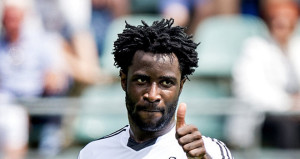 Monday at midnight was closed the 2013 summer transfer market . A late tumultuous transfer window where some clubs have been quick to realize the last few good shots before closing. Here is a summary of everything that happened this summer.

While some players have waited until the last day of the market to decide, many of them rose early. Thus, the Ivorian striker Wilfried Bony was one of the first to get committed. The former player of Vitesse Arnhem joined the Premier League and Swansea for a compensation of 15 million Euros. The opportunity to confirm his many goals scored last seasin .
straight to the Bundesliga for Pierre-Emerick Aubameyang . The Gabonese striker sparkling with Saint -Etienne joined Borussia Dortmund for some 13 million Euros. By signing in Southampton, Victor Wanyama became the first player from East Africa to evolve in Premier league . Already considered a genius, he will have the opportunity to prove it.

It is rare to discuss about defenders on the market but some may have felt the perfect shot. Like the Moroccan Mehdi Benatia who left Udinese to AS Roma. His potential was 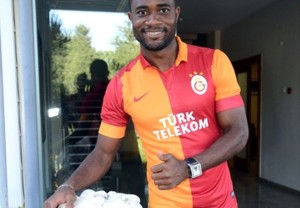 worth. And the Cameroonian Aurelien Chedjou who decided to join Didier Drogba in Galatasaray .

Two years in Sunderland to finally become the biggest transfer of West Bromwich on the last day of the transfer window, surely it was worth for Stephane Sessegnon. The Beninese will probably confirm it.

Kevin Prince Boateng has also surprised his whole world . After AC Milan qualified for the Champions League , he returned 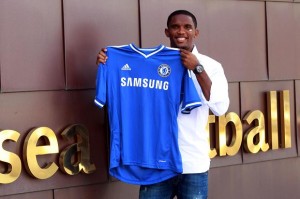 home to Germany ( Hertha formed ) to play with schalke 04.

After three seasons to attend the schools of the Emirates Stadium, Marouane Chamakh has spun this summer at Crystal Palace , the club promoted to Premier league . The opportunity for him to shine again, and especially to join the Atlas Lions . After having had a misadventure with Arsenal that he left, the Ivorian midfielder Gervinho has now joined AS Roma where he found Rudi Garcia his former coach.

The Russia dream for Samuel Eto’o has just known its end in this summer. The Cameroonian star undesirable to Anzhi Makhachkala has found a base of luxury at Chelsea. If the sporting aspect of his choice suffers has no objection, it is his bank account that has had to take a hit. It decreased from 20 million Euros a year to 8 million. His arrival in the Blues as well as that of Willian have also precipitated the departure of the Nigerian Victor Moses feeling that he could spend the season on the bench. Liverpool was the rescue.

Stéphane Mbia could not do the second tier of English football season . the Cameroonian has left QPR for Sevilla FC .

These nuggets are struggling to shine!

Each season , Ryad Boudebouz is described as a player who eventually play in Barcelona , in Real Madrid or one of the biggest clubs in Europe. In fact, this summer, the Fennec was announced in all the great teams of the Old Continent. Finally, it is at Bastia that he landed after leaving Sochaux . 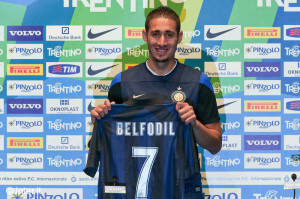 Sochaux where the Togolese midfielder Razak Boukari finally arrived after a season of suffering in Wolverhampton (EnglishD2. ), the Zambian Mayuka will have the opportunity to revive after failing in Southampton .

Dynamo Kiev could not say no to two good players. Moroccan Younes Belhanda and Congolese Dieumerci Mbokani joined the Nigerians Lukman Haruna and Brown Ideye in Ukraine. Monaco’s top scorer last season , Ibrahima Toure could not challenge Falcao on the Rock . But several tracks could allow him to restart under the ramps of the media. He preferred the United Arab Emirates and Al Nasr. 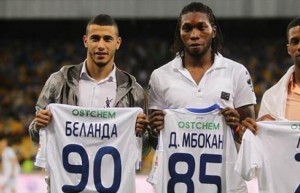 The UAE is also the choice of the Moroccan striker Abdelaziz Barrada . He thus leaves Getafe in La Liga . The Ghanaian striker Wakaso Mubarak , 23 years, he chose to leave Espanyol (Spain ) for Rubin Kazan ( Russia).