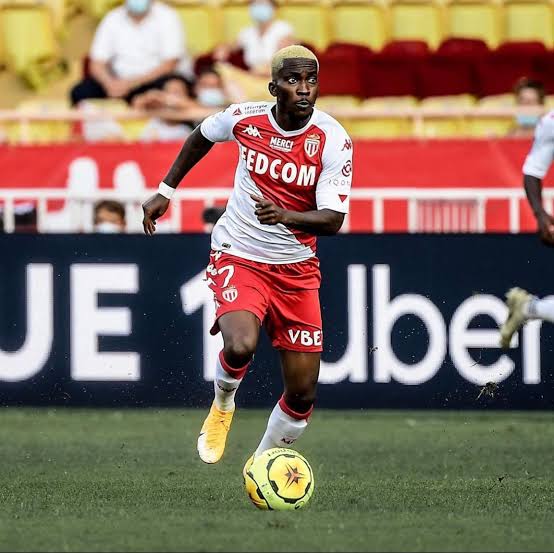 Super Eagles forward Henry Onyekuru seems to be falling off the pecking order as AS Monaco bounced back to winning ways by beating RC Strasbourg 3-2.

Onyekuru who had featured in all four previous games for his club in the Ligue 1 was not called to action as nine men Monaco players held tenaciously to their one goal lead.

The left winger had played all four games for his club this season under Niko Kovac but yet to complete a full game.

Since the arrival of Kevin Volland to the club, he has been preferred ahead of Onyekuru by Kovac.

Speaking after the game, Kovac gave reasons why he didn’t used most of the players on the bench that includes Onyekuru.

He said, “The bench was very young, the oldest player was Gelson Martins, who is only 25 years!

“But if all this youth is there, it is not by chance, it is because these players have quality.

“It’s true that we were in a difficult situation, I don’t know if I’ve ever experienced that as a player or a coach.

” I took a great opportunity to throw them in at the deep end, throw them in the sea to see if they could swim and they did it really well.

“I am proud of them and their performance!”

The former Bayern Munich manager said he did not enjoy the scenario of seeing his side reduced to nine men in the game.

“No, this is not the best scenario, because in the next match we will be missing two players.

“We made some small errors that cost us two goals and saw us given two red cards, but we are still in a learning phase, which is normal.

“I remain positive because we played well. We will do everything to correct our mistakes and continue to improve.”