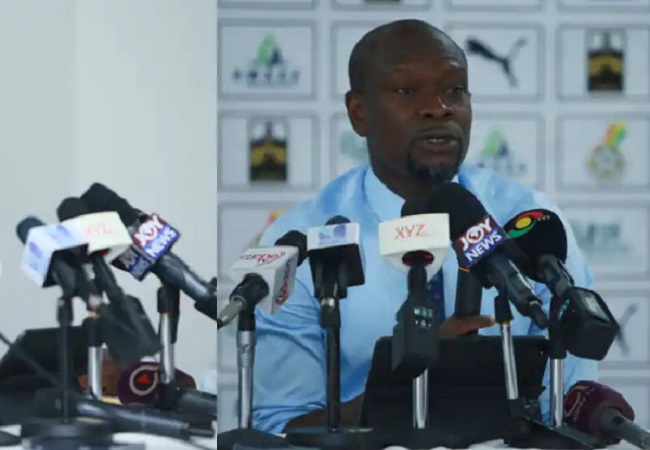 Speaking to Tv3 Sports after the draw in Yaoundé, the ex-Black Stars captain thanked God for drawing Morocco, the team he lost to in a friendly in June.

“I think [the draw] is okay.” Akonnor told 3sports. “I didn’t come here with a lot of expectations regarding which group I want to be in. Nowadays football is football. So you cannot expect anything.

“We are preparing feverishly for this tournament and the coming matches in the world cup. And I am sure we will be ready.”

Also Read : “NOTHING AT ALL THAN TO WIN THE AFCON” – GHANA LEGEND ASAMOAH GYAN URGED AFTER THE DRAW

Although Gabon and Comoros Island are deemed minnows in the group, C.K AKonnor is not underestimating any team as he prepares for the task ahead. It will be the coach’s first appearance as a gaffer at the tournament. And he reveals the friendly against Morocco has given him an idea of the Atlas Lions ahead of AFCON.

“I think we had a strong friendly with Morocco a few months ago. And thank God they are in our group. It gives us an idea of the opponent. I am thankful to the Ghana FA for organizing the friendly.” He continued.

“It’s the first time. But I am not under any pressure. You guys give me pressure in Ghana. But I am okay. Ghanaians are yearning for the cup. And we will do our best to get it.” He concluded.

The Black Stars have not won the Africa Cup of Nations since 1982. And C.K Akonnor has been charged with ending the nation’s trophy drought. The team has been close three times, in 1992, 2010 and 2015.