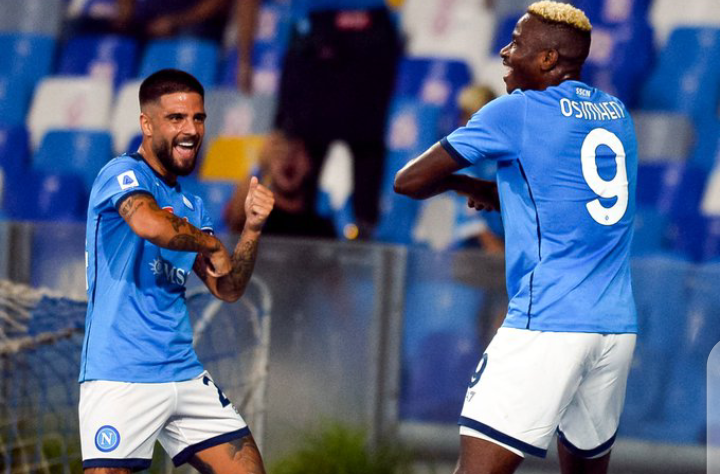 Victor Osimhen impressive performance has earned him a place in Serie A Team of the Week after the conclusion of Matchday 6 of the 2021/2022 fixtures.

Osimhen scored the opener for Napoli and also got a penalty which was converted by Lorenzo Insigne in the Partonepei 2-0 win against Cagliari on Sunday.

The Nigerian forward who had served match suspension has now scored six goals in dour games in all competition for Napoli.

Describing Osimhen’s performance that earned him a place in the team of the week, ForzaItalian wrote that the forward was unplayable

“The Nigerian international was unplayable. Opened the scoring for the Partenopei and he also earned the penalty that Lorenzo Insigne scored after he was fouled by Cagliari defender Diego Godin.

Osimhen is expected to lead the charge in Napoli Europa League home game against Spartak Moscow.