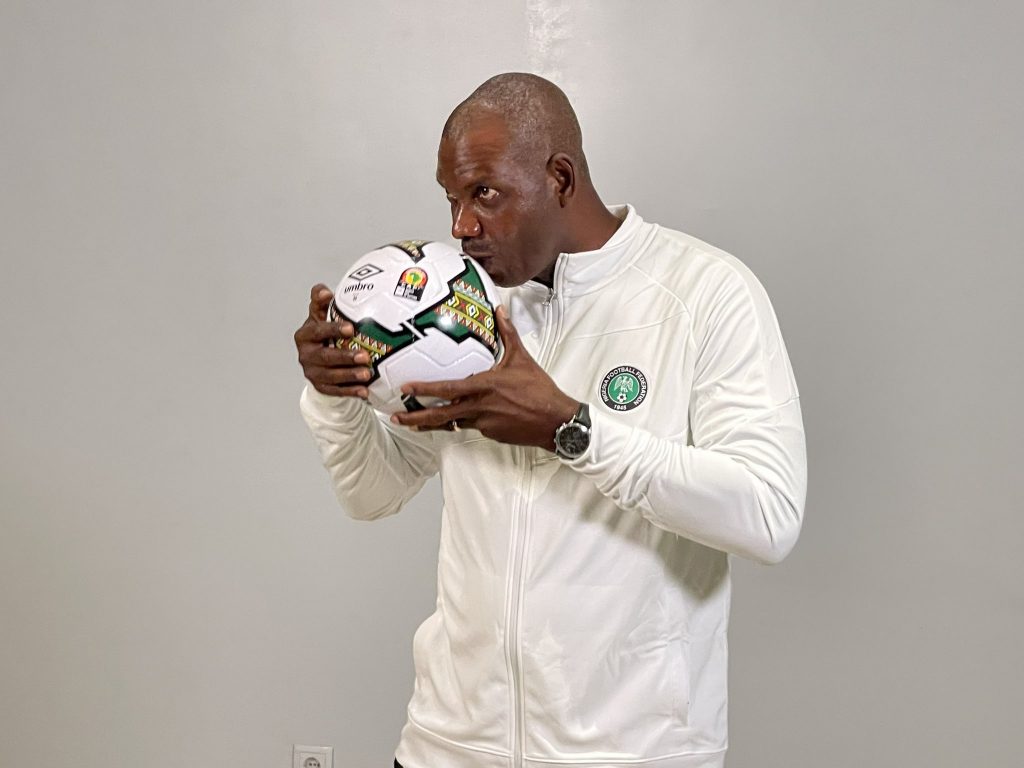 Super Eagles interim head coach Austine Eguavoen says the team will keep working harder as they head to the Round of 16 in the Africa Cup of Nations.

The Super Eagles defeated Guinea-Bissau 2-0 to make it maximum nine points in Group D and the only team to reach the knockout stage with nine points.

Two goals in the second half from Umar Sadiq and William Troost-Ekong put the Wild Dogs of Guinea-Bissau to the sword.

An elated Eguavoen while speaking with journalists after the game thanked his players for their effort so far.

The former Super Eagles defender noted that for a team that headed to the tournament as underdog to come out of the group as leaders, it was an indication that the players are hunger to get title.

“Nobody gave this team a chance before the Nations Cup, but we have proved doubters wrong with the way we have played here.

“We will keep doing the talking on the pitch irrespective of what people have said or are still saying.

“The group stage is now behind us and we look forward to the knockout round which is very important.

“We hope things will keep going in our favour.”