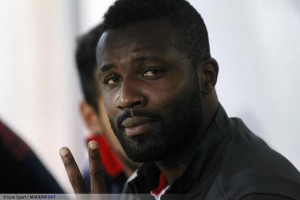 Everything seemed to indicate that Siaka Tiene is leaving PSG during this summer transfer window.

The Ivorian, who lost his place of holder since the arrival of Carlo Ancelotti is leaving the capital club to find more playing time.

The Ivory Coast international will reignite in Montpellier. According to Infosport +, the left side of the Elephants has agreed with the club’s president Nicollin.

Having reached the end of his contract with PSG, the former Valenciennes player received no offer of an extension from his leaders.

According to Infosport +, an agreement was even found between the Hérault club and the left side of the PSG. The leaders want Montpellier to anticipate a likely departure of Henri Bedimo courted by Olympique de Marseille and several English clubs.