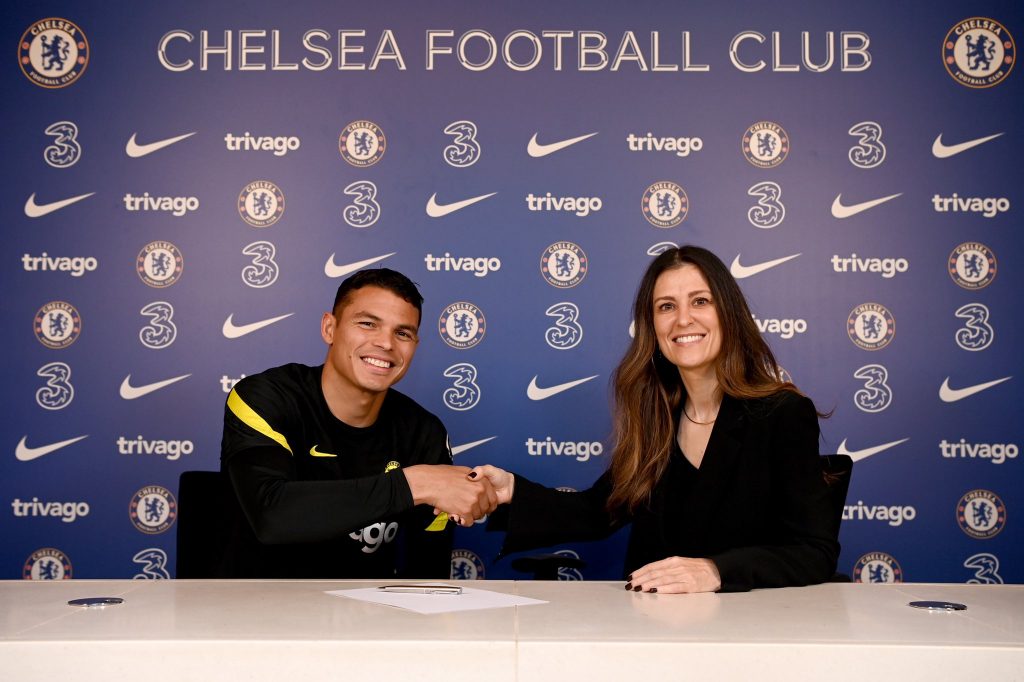 Thiago Silva has promised to give everything to keep playing at top level as he aim for a FIFA World Cup invitation from Brazil.

Silva extended his contract with Chelsea that will see him remain until 2023 following a successful life at Stamford Bridge.

After winning the UEFA Champions League, UEFA Super Cup in his first season with Chelsea, the Brazillian continues to belie his age.

Read Also:AFCON: Olayinka Promises To Give All For Super Eagles

This season he has maintained the exceptionally high levels of performance that have made him integral to Thomas Tuchel, and a firm favourite with Chelsea fans.

Speaking with the club media after putting pen to paper, Thiago Silva: ‘To play here with Chelsea is a real pleasure.

“I never thought I would play for three years here in this great club so I’m very happy to stay for another season.

“I would also like to say thanks to my family, the club, Marina and to Mr Abramovich for this opportunity.

“I will continue to give everything for this club and for the supporters, who have always been by my side since I arrived.

“It’s amazing to have this relationship with the fans and not only that but the players, staff and the whole club.

” I’m going to give everything to keep playing at this level in the most important league in the world.’

On her art, Chelsea director Marina Granovskaia said: ‘Thiago Silva’s experience, leadership and performances have been and remain very important to this squad, so we are hugely pleased to extend his contract by another year.

“We look forward to his continued influence as we seek honours this season and next, and more of the qualities that have led to him having such a big impact for us on and off the pitch.’

The 37 year-old has already racked up 22 appearances this campaign, showcasing his customary composure and reading of the game in the heart of our defence.

He opened the scoring in Chelsea’s away fixtures at Tottenham and West Ham.

He recently made his 100th appearance for his country, while Thiago Silva’s Chelsea tally of games stands at 56 after yesterday’s draw with Liverpool.